The matchmaking game is changing at ultrasonic speed. Getting married? You can but you don't have to. In this era of fleeting relationships and dating-apps, in which the "single life" is presented as something to aspire to and no longer as a failure (thankfully), marriage seems anachronistic, something absolutely out of time. In particular, and it is important to point this out, between heterosexual couples, because marriage between same-sex couples is a recent accomplishment and, consequently, a victory in terms of equal rights.

Because of the way Western society is set up today, particularly in cities, people mostly live alone, get by on their own and make decisions solely and exclusively about themselves according to their own desires and needs. It's the triumph of individualism. But there is more: marriage was once considered an essential condition for building a family, now, with the stigma of the single mother finally removed, this obligation is only for those who wish to adopt because, at least in Italy, adoption is granted only to married couples (who knows why). Considering that, in general, people no longer have children - because "reproducing" is no longer considered essential but, above all, because raising children has become increasingly expensive and help is less and less - marriage loses even more meaning. In addition to all this, there's divorce, a sacred right which has literally saved the lives of millions of people, especially women, but which has also inevitably made the concept of marriage more ephemeral; once upon a time people got married and it was, for better or worse, forever, today people tend to consider it more as a phase which will hopefully last forever but might also not. Yet, in all of this, some go against the flow and still get married. Either because certain habits are hard to die, or because, as someone said, in this age where everything goes fast, relationships are consumed quickly, jobs, cities and partners are changed with an unprecedented frequency, and children have become a luxury, getting married is one of the most revolutionary acts that can be done. Given these premises, what's interesting , or at least surprising, is the fact that women continue to marry in the classic White Wedding Dress. The value, the meaning, the concept of marriage itself has changed in a radical way to say the least, but the white princess gown is still there; maybe it has been modernized a bit, the train and the veil, for example, remain only a - questionable - memory, the silhouettes have become cleaner and more minimalist, even the skirt has been shortened, sometimes becoming mini, but there's still the idea of dress that's dramatically different from the ones you usually wear. A unique dress, to be worn only once in a lifetime. This combination - white + dress to be used only once - makes the whole thing even more decadent. Sustainability issues are becoming more and more central to the fashion world, and consumers themselves, albeit slowly, are moving towards more conscious sartorial choices. The concept of a "once-in-a-lifetime dress", even if produced in an ethical manner, is really at odds with the very principle of sustainability. And then there is white: the demand for wedding dresses in different colors shows no sign of increasing, indeed, white is "infesting" even countries such as India and China that have colorful sartorial and wedding traditions behind them. 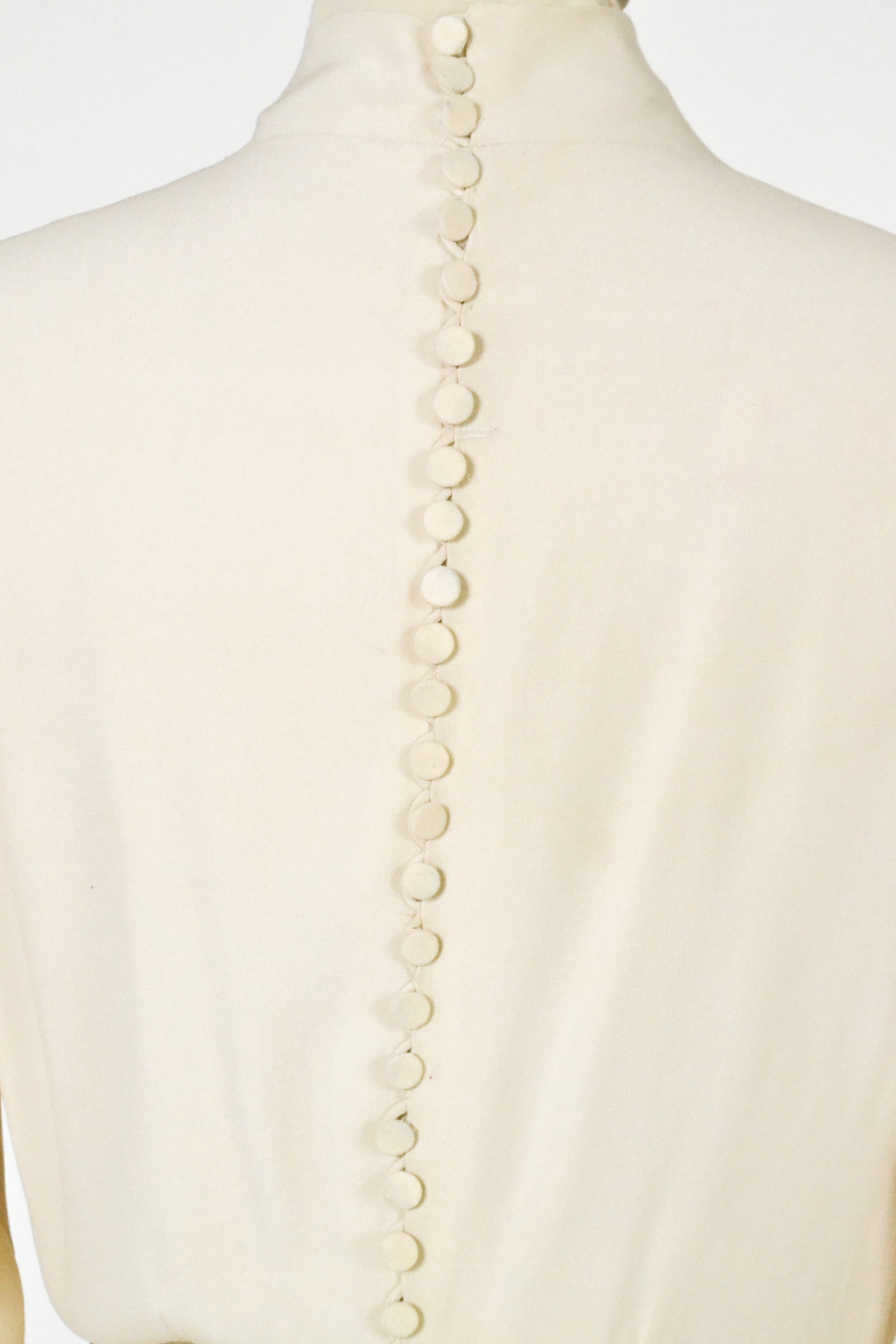 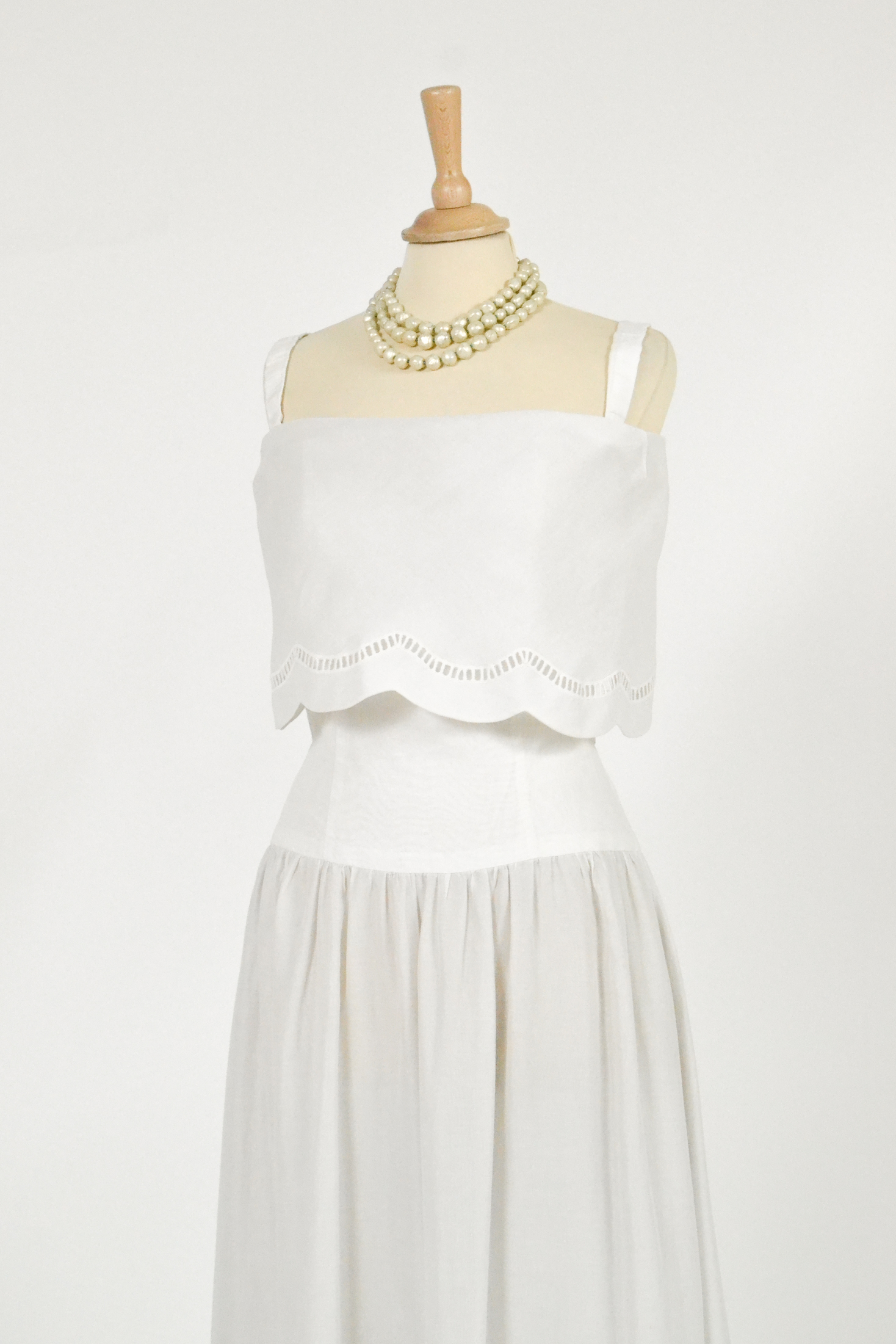 The wedding dress hasn't always been white, and it hasn't always been a category of dress of its own. For centuries, women have been married wearing elegant gowns, of whatever shape and color, that simply reflected fashion trends. The first documented white wedding dress dates back to 1406 and belonged to Princess Philippa, daughter of Henry IV of England. A century and a half later, Mary Stuart, crowned queen of Scotland when she was only nine months old, chose a white dress for her wedding with Francis II of France in 1558, going against every good omen as for French royals white was the color of mourning. But it was only after the marriage of Queen Victoria with her first cousin that getting married in white became customary, together with the idea that the whiteness of the gown represents the purity (or virginity) of the bride. Given that, nowadays, in the West, women who arrive at marriage as virgins are really a very small percentage, and that Queen Victoria married in 1840, this persistence of white in 2022 is really quite incomprehensible. A possible explanation, a little less trivial than the usual "We all want a princess day with a princess dress" with which we usually tend to dismiss the matter despite the fact that, more often than not, it is not true, lies in the love for tradition. Not tradition in general, but the specific tradition of our family. We get married in white because our mothers, grandmothers and great-grandmothers got married in white; we have seen the photos of those weddings, with those women wrapped in creations that looked more like giant shrouds than like dresses, we have seen the dresses themselves, buried under tons of mothballs but still lovingly preserved, like promises of joy and memories of youth. And it doesn't matter if the marriages that led to our birth were not always as happy and long-lasting as was hoped, that was the promise, that is the memory, the smell of mothballs cannot erase that of dreams. Once, a girl would dig up her mother's wedding dress, fix it up a bit, and off to the aisle. Now it is no longer done: in part because the tastes of our parents may not correspond to ours, and this is legitimate, but in part also because of the current idea that the wedding dress must be new, very expensive, and reflect the latest trends, although it is clear that bridal follows its own trend, which have little to do with those of ready to wear. In addition, it seems that now you have to have two or three dresses in order to change during the evening as the celebrities do. The good news is that none of this is mandatory. At this point, however, if truly we  get married - in white - for the love of these ghosts in tulle and chantilly lace that populate the walls of our parents' houses and the attics of our grandmothers, and if the clothes of our ancestors really seem unwearable, the most logical, sustainable and, last but not least, fashionable choice, is a vintage dress. After all, it is precisely in these clothes, often sartorial masterpieces made with techniques that no one masters anymore and of fabrics now impossible to find, that the history of marriage is enclosed. It is those bodices, embroideries, impalpable fabrics and silhouettes that trace the history of fashion. A "new" dress, as in only ours, at the same time rich in tradition, which, being already in circulation, does not impact on the environment but rather reduces, or at least delays, the production of waste. In this way there is not only the collection of this or that atelier to draw from, but the entire history of costume,  re-adaptable according to our own taste, with the hope that our daughters will one day do the same. If we talk about styles and trends, a "vintage wedding" also offers guests the opportunity to use archival garments instead of resorting to new or, in the absence of funds, to fast fashion. Not only dresses: petticoats, robes, nightgowns, 1920s kimonos, fringed shawls  ... the whole repertoire of vintage can turn into an elegant, precious, and unconventional party dress. Hence, an event that is based on tradition, becomes a chic, original and sustainable representation of the tradition itself. Fashions pass, wedding days as well, but the remains. The old English adage goes: something old, something new, something borrowed, something blue. Who said that old should not be the dress itself? 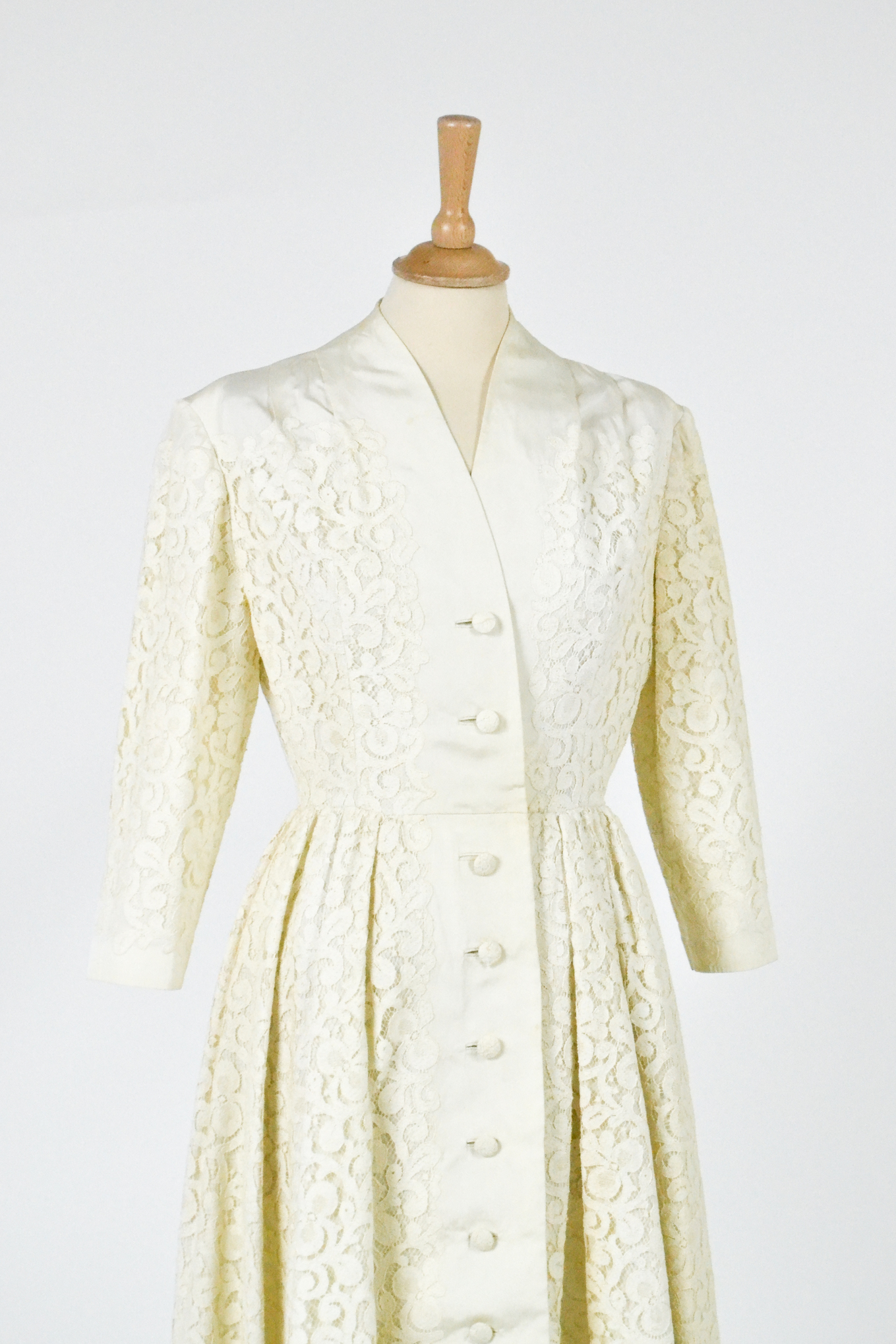