Last January's edition of the Milanese men fashion kermesse had been more about the Omicron variant than about clothes, with several shows canceled at the last moment and an uprise of swabs and infections that put everyone more in a couch mood than in than Front Row one; it took a crowded Design Week to raise, even in the most snobbish milanese, a certain nostalgia for that Milan-fashion parlour that everyone cursed so much in the pre-Covid era, when the subway filled up even off-peak hours, finding parking became a utopia, a table at a restaurant a mirage, and the Navigli the equivalent of Dante's Inferno. In response to this Milanese saudade and came Men's Fashion Week spring/summer 2023, narrowed to the bone (pretty much two and a half days of fashion shows) but still present and in attendance, ready to hold high the Made in Italy flag and to remind us all of the value of collective experience, even in fashion. And yet, and yet, what has been cannot be erased, so at the dawn of this year's Final Exams, and right after the Rolling Stones Concert at San Siro Stadium, on a summer solstice so scorching that the Archbishop of Milan has decided to invoke the Virgin Mary to grant the gift of rain, one wonders about the general state of the fashion industry and how it is (or is not) recalibrating in the wake of recent global vicissitudes. As Silvia Schirinzi writes for Rivista Studio, despite big brands now mostly showing outside the calendar and outside the well-known Fashion Capitals, and despite the fact that the Fashion Week format has by now bored most, "it would seem that everything is back to normal, the same normal we swore we didn't want anymore: the overflow of products on the market is the same if not increased, but if we look closely, we can clearly see the signs left by the crisis."  However, not all evil comes to harm. If in the neighboring Florence, Pitti Uomo remained entangled in a by now trite streetwear and in all things Instagram-friendly that tend to favor glossy aesthetics (and those who can afford it) at the expense of truly innovative content, Milan saw the triumph of conceptual presentations for a few intimates outside the carnival of the fashion quadrilateral - a less "spectacular" dynamic that emphasizes issues which are crucial to the progress of the fashion system, such as sustainability, recycling and the rediscovery of high craftsmanship translated into a contemporary language. Along these lines, Vitelli set up a pop-up shop dedicated to his discarded yarns knitwear in the multiethnic Porta Venezia district, Magliano populated a dismissed power plant with jackets made from recycled scarves, while Matthew M. Williams, at the creative direction of 1017 ALYX 9SM, staged unisex inside the Scarioni pool, long decommissioned despite the Niguarda neighborhood tirelessly for it to be finally returned to citizens. 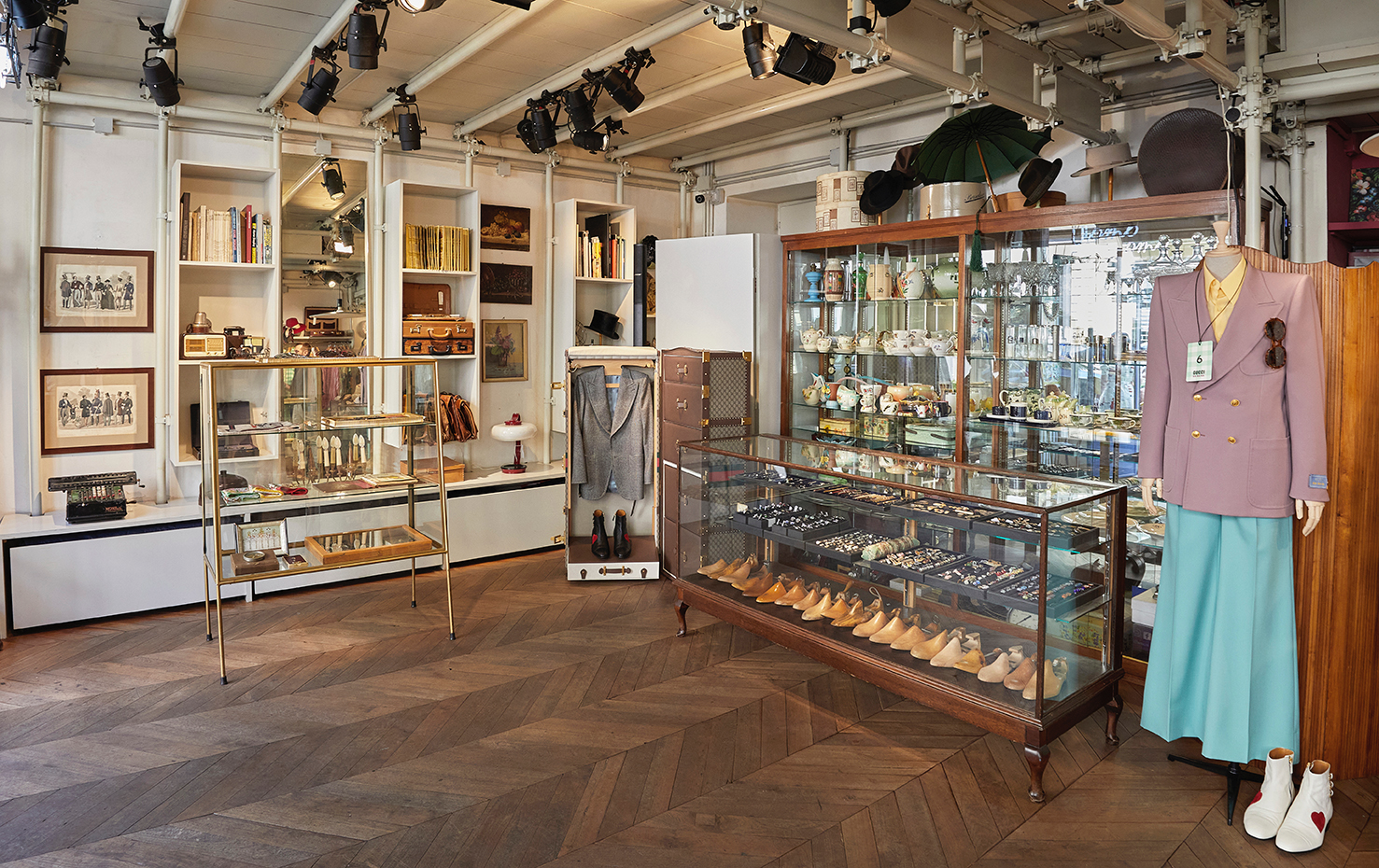 Highly anticipated and talked about, the presentation of the capsule collection Gucci HA HA, made in collaboration with Harry Styles and hosted by the men’s boutique of Cavalli e Nastri in via Mora 3. The collection takes its name from the initials of its creators (Harry and Alessandro) and the laughing emoji with which concluded all the endless amount of whatsapp messages that the two have exchanged in over a year of gestation. The friendship between Alessandro Michele and Harry Styles dates back to 2017, when the former frontman of One Direction decided to pursue a solo career and the Florentine fashion house dressed him for the duration of the tour, before usign him as face for the 2018 couture campaign; it was therefore only a matter of time before Michele proposed to Styles to create together the "wardrobe of dreams".

The collection synthesizes years of friendship and love for fashion through a very British and strongly Seventies aesthetic, a mixture of bohemian and English Lord with a good dose of eccentricity and gender fluidity that characterizes the style of both Michele and Styles. A hymn to a diverse and everchanging masculinity, to a deep and playful sense of freedom, which blends tradition and silk pajamas with prints of squirrels and teddy bears. A concept that goes well with the microcosm of Cavalli e Nastri: if Gucci has longntransitioned from high fashion brand to high street brand appreciated by several generations, it is also true that, just in case you've failed to notice it, Vintage is currently the most real, genuine and positive expression of contemporary streetwear. 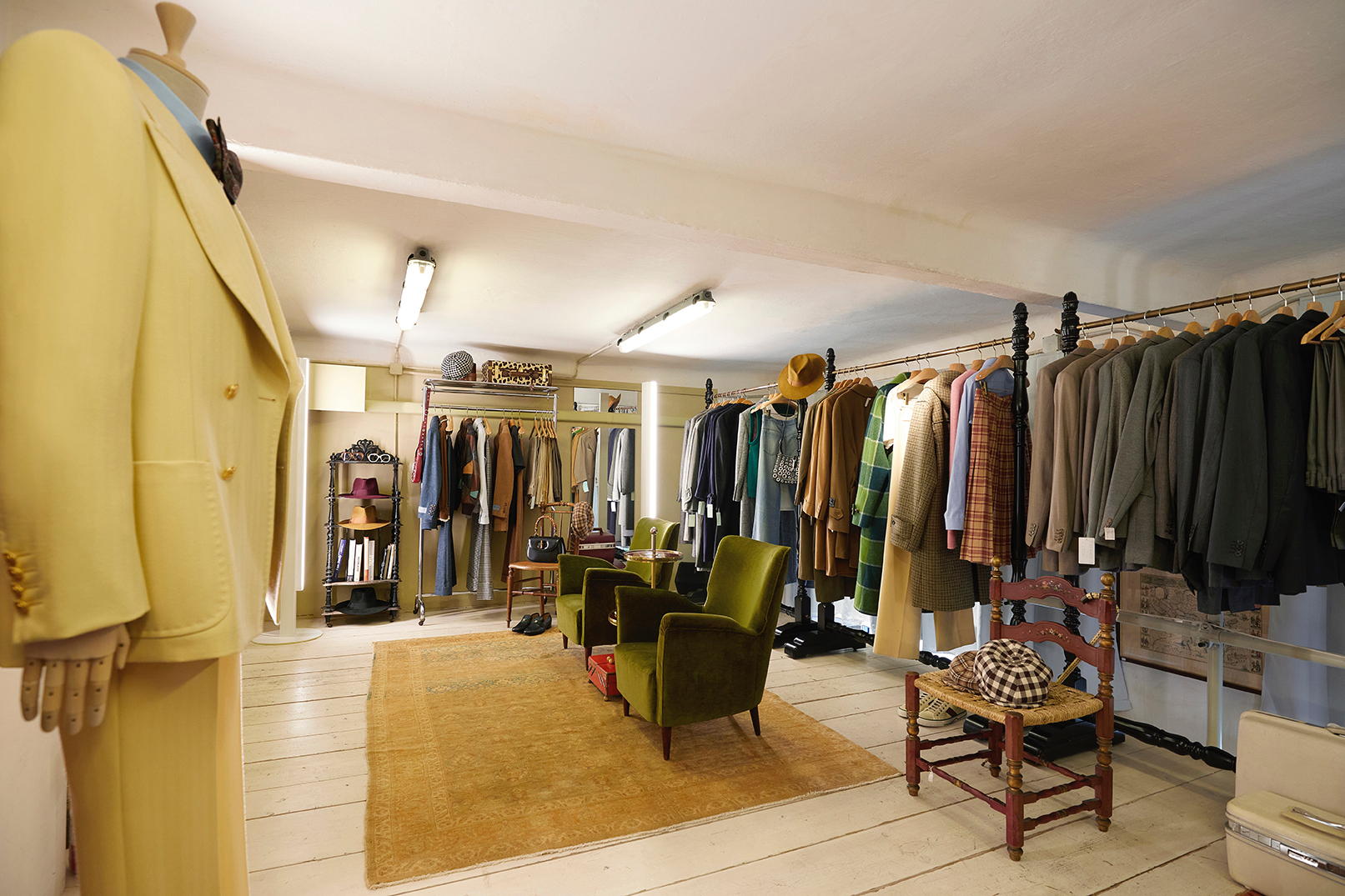